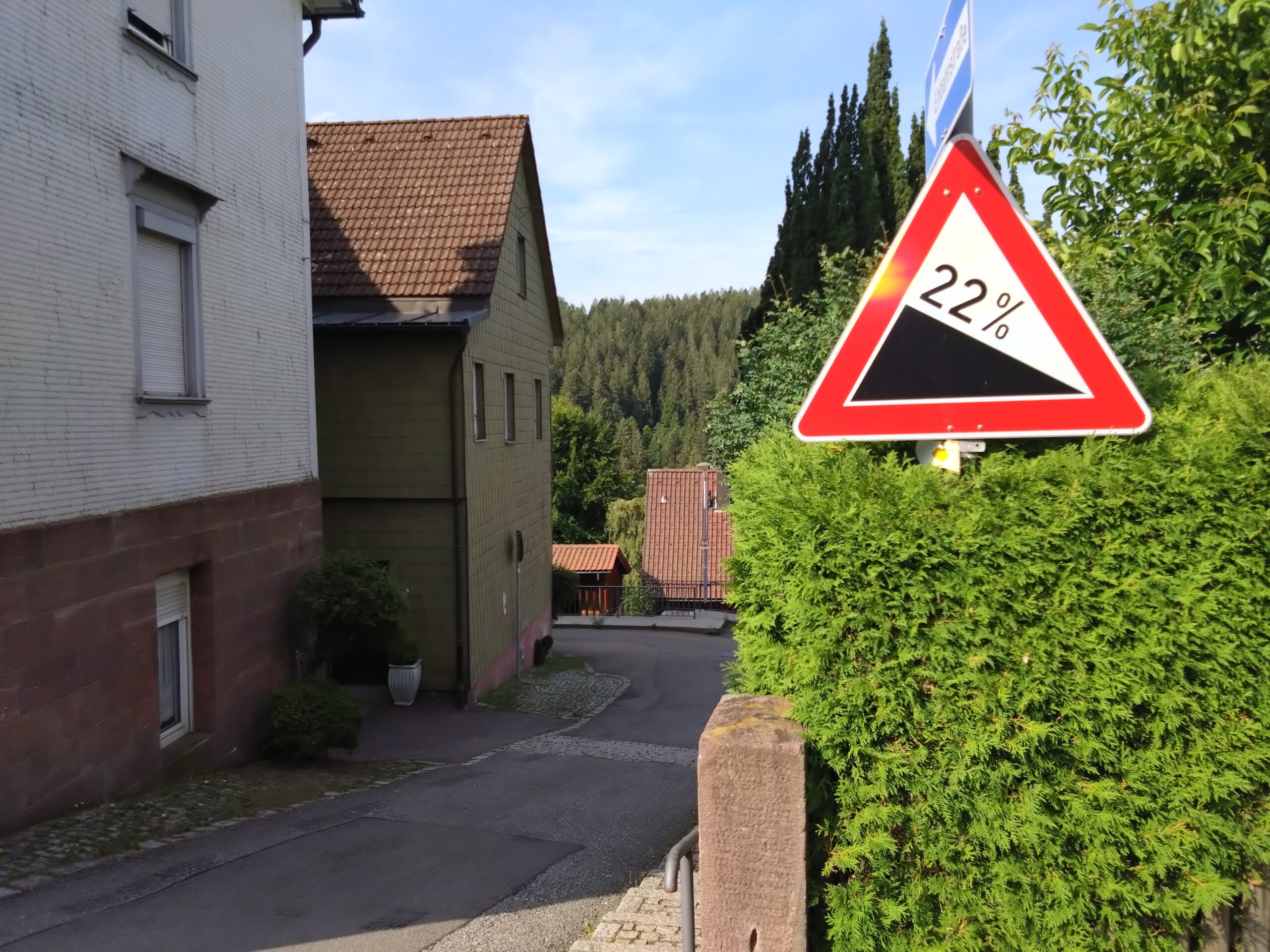 The tent was dry this morning, so could get away reasonable early, after I had written my article for the paper. Wonder whether and how it will be published, I will report.

To Dornstetten it was all downhill, but then there were several hills to climb and come down again before I reached Freudenstadt. Very interesting little town, the market square in the centre in huge – apparently Germany‘s largest. In one corner they actually had their weekly market, so I could buy some provisions again.

From Freudenstadt I followed the Murg up the Black Forest, but first I had to get down to it – that is where I had to descend at 22%! After today I am convinced I will have to have my breaks checked in Holland! From Baiersbronn it was then finally uphill, the climb I had feared the whole time.

To Mitteltal and then Obertal there was quite a good bike path, and I saw several other cyclists. Obertal was my last opportunity to find accommodation for several km, and since thunderstorms had been predicted, I had kind of planned to stop there. But then it was still so early, and the predicted timing of the start of the thunderstorm had changed – I carried on.

What a good decision! It was a dream, as cyclist I went on the ‚alte Ruhesteinstraße‘, so the old road leading to the pass. I had it to myself, the tarmac was (still) good, and roadbuilders knew what they were doing in the olden times: the incline was perfectly doable even for me over 8km. Surrounded by deep forest I ended up almost in a meditative state, I can actually say that I enjoyed that climb – who would have thought! Thanks to Markus from pimperbikes (my local bike shop) who talked me through the route (and made my bike)!

After climbing a total of about 850m again today, I was looking forward to a drink at the top, but everything was closed. Quite a few walkers were disappointed as well. From here it was downhill, and for some reason komoot had suggested a mountain bike trail – as I said, I will have to have my breaks checked. So frustrating not to be able to enjoy the descent… so at the next opportunity I went on the road – much better!

The air was getting heavier, so I stopped off at the first hotel. Nice beer garden and sunset!

So far there has been no rain. Shame, as the area needs it, I never thought I would see the Black Forest so dry.