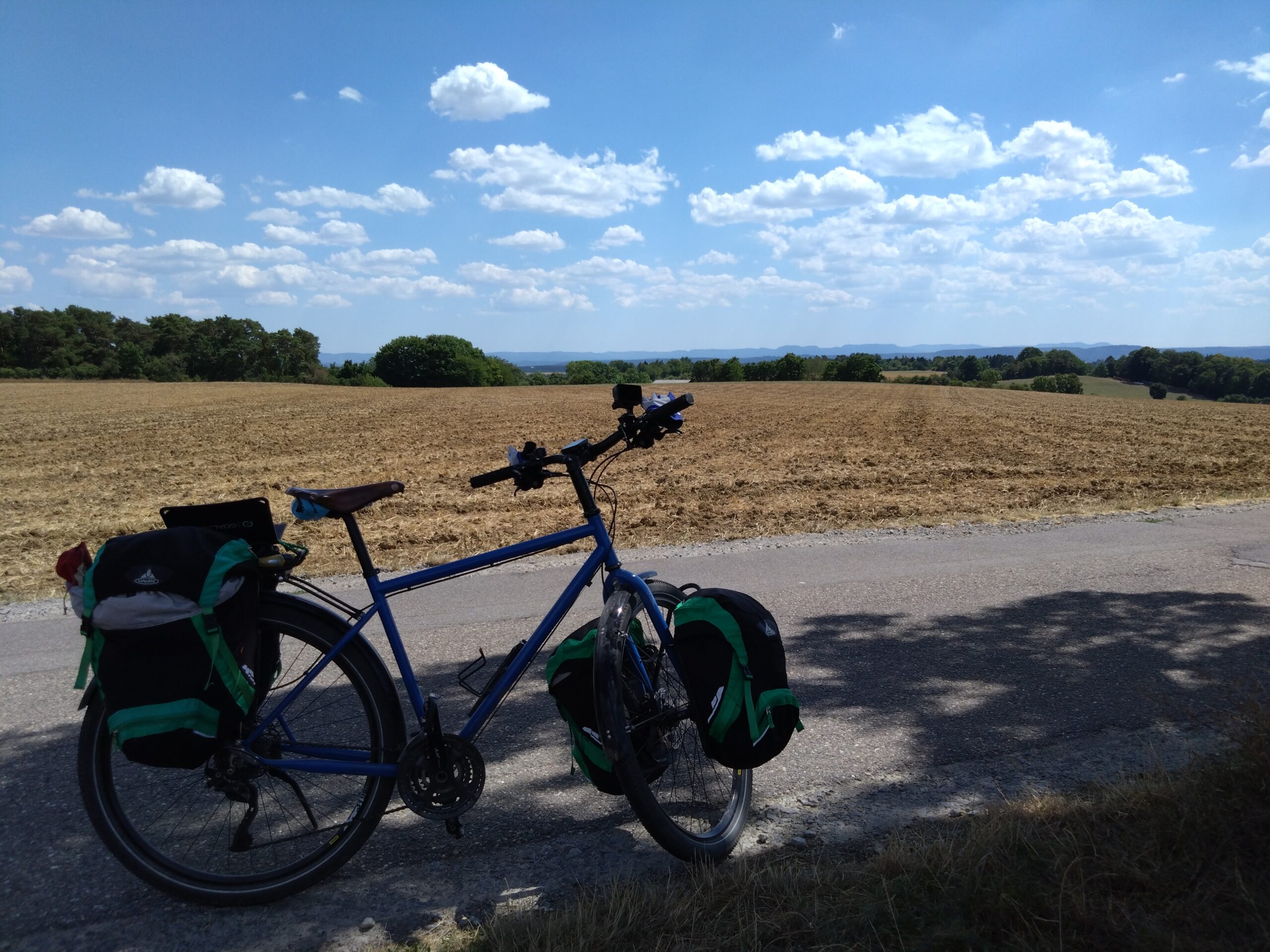 Hot! 850 m climbing in temperatures of up to 40°C (as measured by my bike computer) in the shade, and I was in the sun quite a bit. No wonder I could not go further…

The day started slowly, I got up later than usual, partly because it was so hot during the night that I was not the only one who could not sleep. And then I had to let the tent dry off, something I have not had to do before with this tent. So it was already 9:30 by the time I left, and quite warm.

The first 30 km or so I continued following the Neckar. That was really quite nice to Rottenburg am Neckar, where I happened upon another market and got fresh provisions for the evening. The peaches did not last that long, they were delicious!

Then it was surprisingly hilly to Horb am Neckar, where I had lunch. According to the weather forecast it was only going to get hotter during the afternoon, so I decided to carry on a bit. Well, see above. Although I managed to do it, it was not fun. I do not think I have ever before taken a break every couple of km, but that was necessary. The bits of my skin that were exposed to the sun felt like they were burning. Ah well, wonder what tomorrow is going to be like.

On the campsite I got a plot to myself, so loads of space for my bike and my tent. I organised myself a bench, so I did not have to do everything on the ground. I ended up cooking couscous with the vegetables I had gotten on the market, delicious, even if I say so myself.