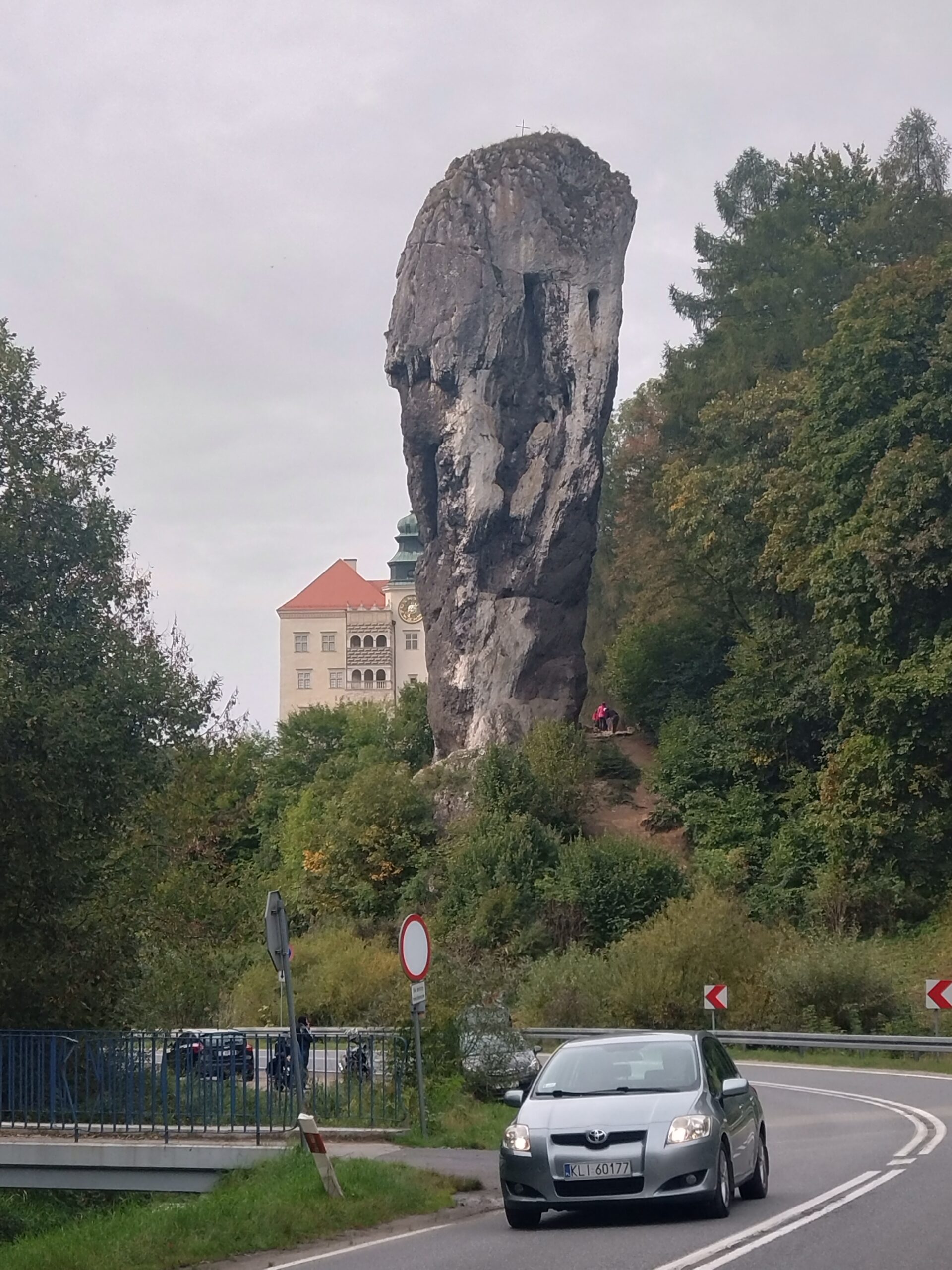 Did a round trip from the hotel today, so could leave three of the four panniers behind, only took repair stuff, rain gear and emergency rations. I was amazed on the one hand what a difference it made, and on the other hand, how I have gotten used to travelling with a fully laden bike. I managed to cycle up some inclines today that I either would have struggled with a lot more, or would have given up on. In the end it was 1000m I climbed again.

The tour was billed as one of medium difficulty, I do not want to see a difficult one – probably only for semi-professional mountain bikers. Not only was there a significant amount of steep inclines on difficult surfaces, up as well as down, the only times I had to get off the bike were because of the impossibility of cycling. Probably does not come out on the pictures well, but I did not want to end up with a mud bath again…. And this was downhill, so disappointing not to be able to reap the fruits of the hard struggle uphill.

Talking about fruit: After a very long time I saw a roadside stall again. They were selling raspberries, and what I thought were gooseberries – turned out they were mini-kiwis: very tasty! The stall was in an area with quite a few tourists, as far as I could tell only Polish people. The route took me through one o the smallest nature reserves in Poland, which made it very nice in one way. There were also a few other cyclists of all sorts, nice to see.

Saw some interesting churches on the way,

went into some caves (an hour guided tour in Polish) with some live bats,

and saw this amazing castle, which I went into. I managed to buy a ticket and looked at everything from outside that I could, but they would not let me in, as I was not wearing slippers – for the life of me I could not find out where to get these slippers. There were no explanations in any language other than Polish and none of the people working there spoke anything but Polish, not even in the tourist information office. In the end I left without having seen the inside, very disappointed, but realised again, how important language is.