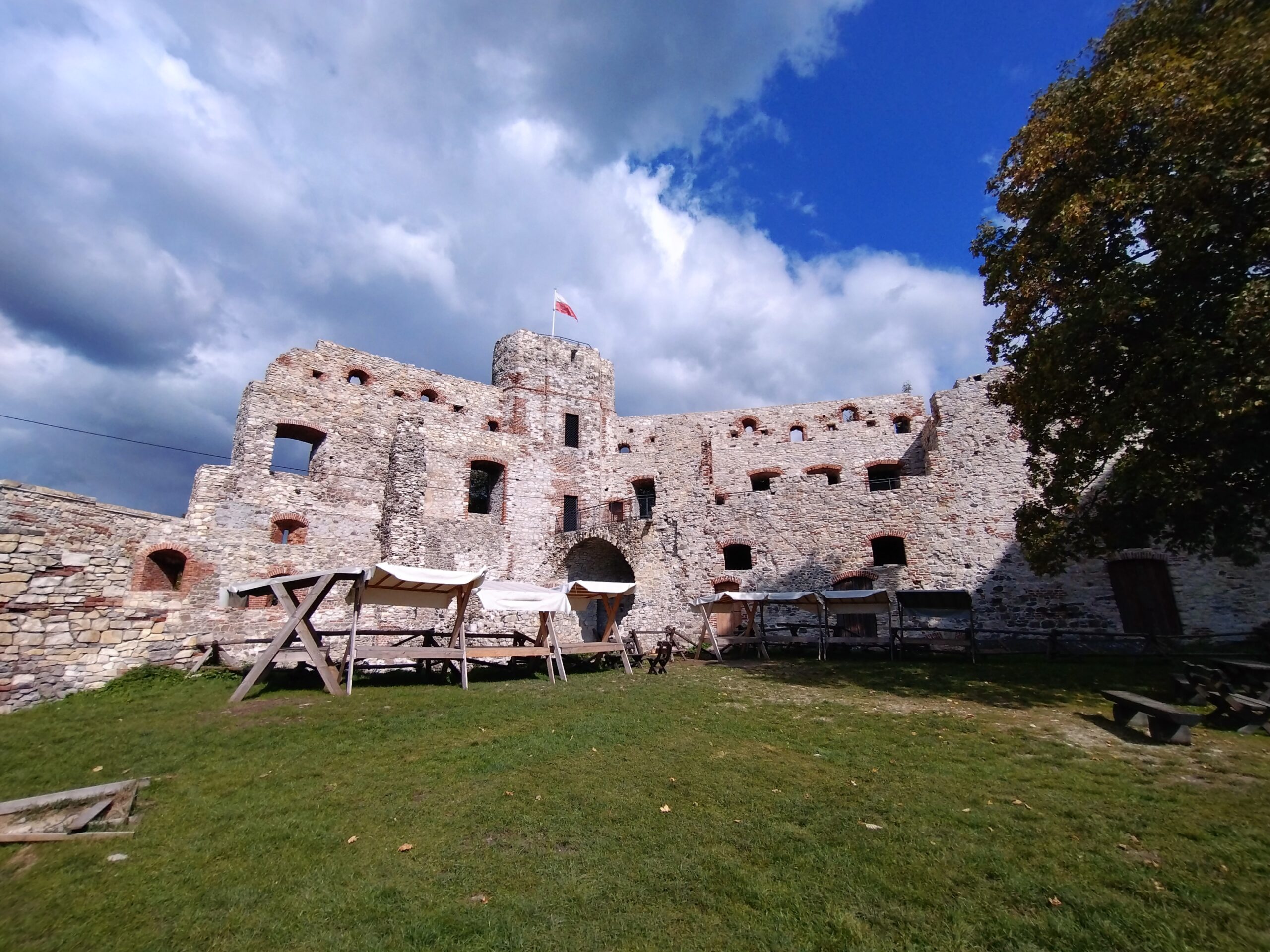 The day started nice and easy with cycling along the Weichsel, which I could have taken all the way to Krakow – but then I would have been there far too early. The woman in the tourist information gave me a book (!) with bike tours around Krakau, including the county that I am particularly interested in, so I am going to try and do a few of those to fill the time before the meeting starts in Krakow next Thursday. One thing I did notice, though: the new back tyre is slower than the former one, maybe because it is not so bald?

Left the Weichsel to go to Rudno, and guess what, when leaving a river it gets hillier. In the end I did about 600m climbing today. And of course the castle ruins of Rudno are on top of a hill (amazing views).

Then I followed one of the bike routes past a wooden church tower into Krzeszowice to look for accommodation. Google was not very clear about what there was, so I went to look for myself: nothing. This meant I had to abandon my plan of following the route round further and had to look for somewhere to sleep.

Found a restaurant/hotel (?) in Kochanow. Turns out that is not a bad starting point for the next bike route I was going to try, so I am staying two nights.