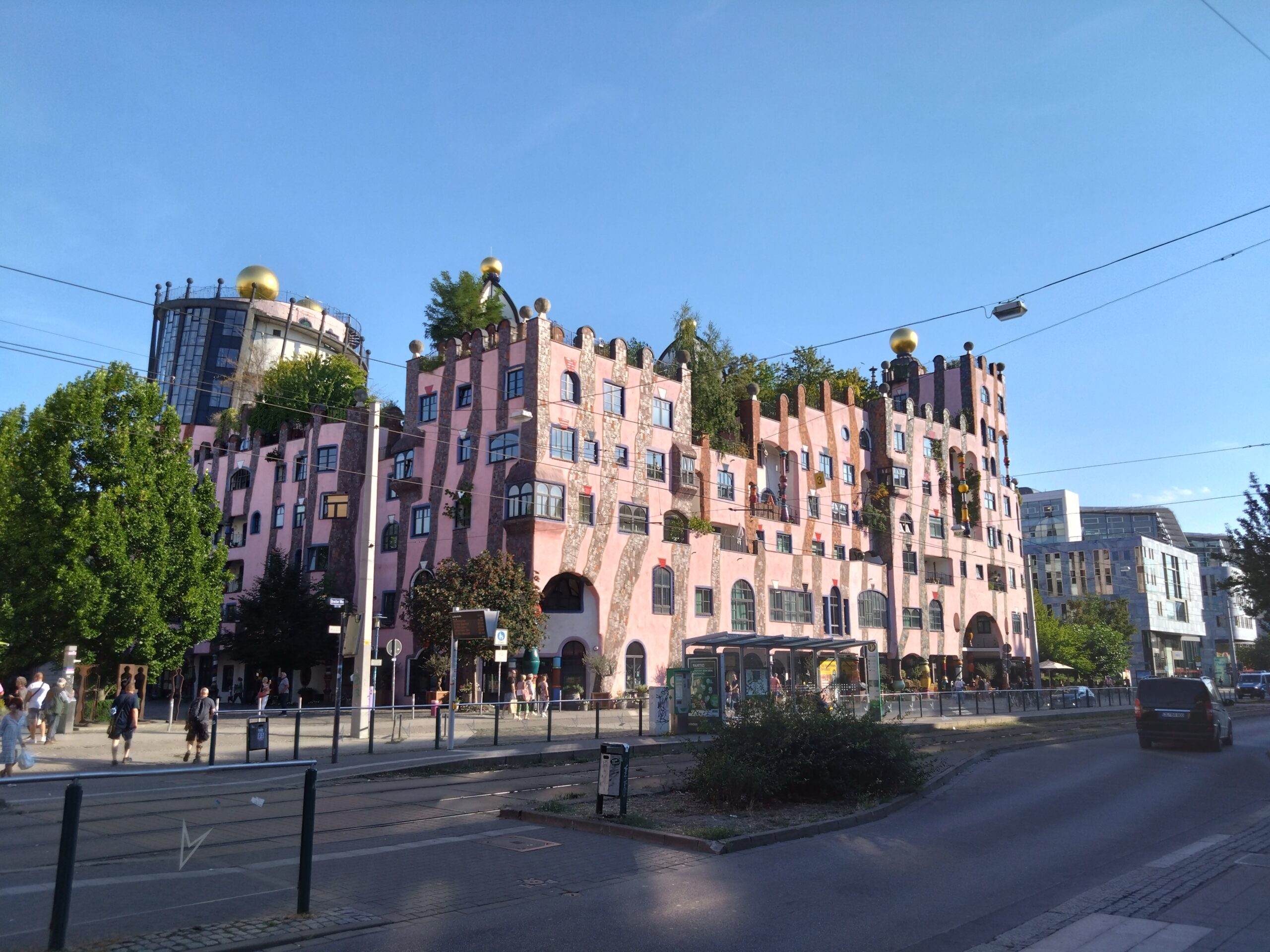 Continued on the route of the Stästepartnerschaft, which turned out to be quite undulating, I climbed 750 m in the end. There was also definitely more headwind than I had before, but still dry, good weather. Went through little towns and villages all day, that all had interesting aspects and history.

My highlight on the route was Marienborn, the former German/German border crossing on the motorway. The only time I had been there before was 1989, during my work placement in Braunschweig I went across to Berlin with a friend in his car, for me the whole experience was really frightening. This time I had the chance to look behind the scenes, very interesting!

As I have not seen any markets or farm shops since Sunday I had not bought any more food and went to a restaurant in Eilsleben for lunch (sitting outside of course). The only other guest was ‚Tommy‘, who was slowly getting sloshed on his beer and chaser. He told me quite a few interesting things about the area and himself, like he has never been to Western Germany, although he lives so close to the border.

The Börde is named after the extremely fertile soils here, but all I could see was dust. The sweetcorn here has not grown as well as in many other parts I have cycled through, either. Some of the route had very poor paths as well, glad I have my blue bike!

The approach to Magdeburg was magnificent: I could see the minster from miles off! Unfortunately it was Monday, and I also saw the Monday protests of the ‚Querdenker‘, which are huge here.

I picked up my pin for having completed the bike ride and gotten all the stamps. As I had never been to Magdeburg before I decided to stay in the centre, so not on a campsite. I headed to the youth hostel, but unfortunately they did not have any bed left for me, neither the next hotel I went to. Then I got (extremely) lucky: the magnificent Hundertwasser-house here also contains a hotel, and I am staying there! Cool!