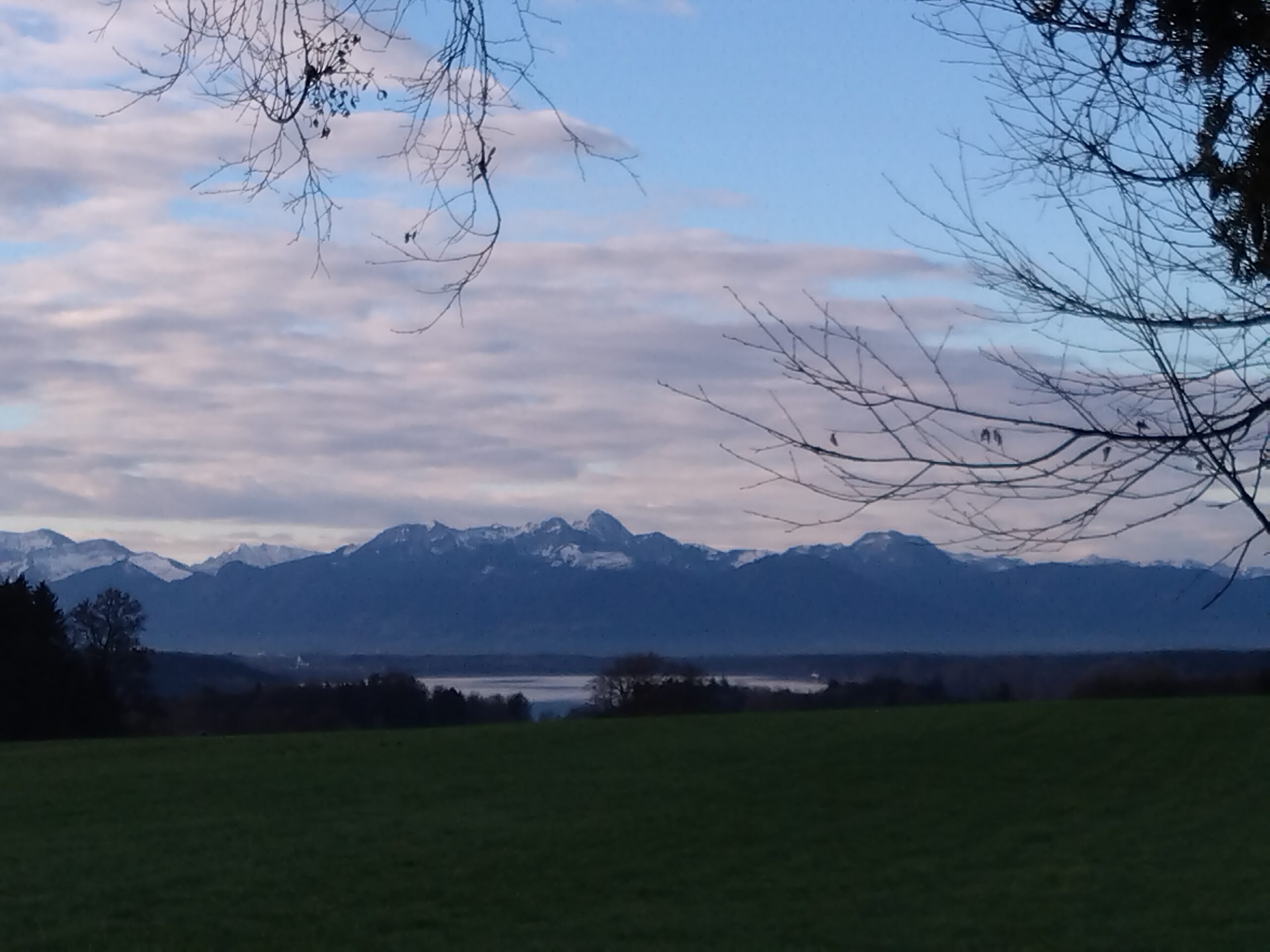 Another nice breakfast in a hotel, they do know what they are doing. Got going a bit later, as Phil tried out the fitness room – as if cycling over 70km was not enough.

The beginning of the trip was very undulating, some quite steep hills, including an 18% incline coming out of a river valley.

We were basically headed towards the Inn, which we crossed on the first bridge to the North of Rosenheim. Our first break was in Attel, at the fot of a former abbey.

Our lunch break was in Ebersberg. The only restaurant open was Greek, and apparently the place to be seen. After that we cycled through countryside familiar to us, but the views still get me, here from Grasbrunn.