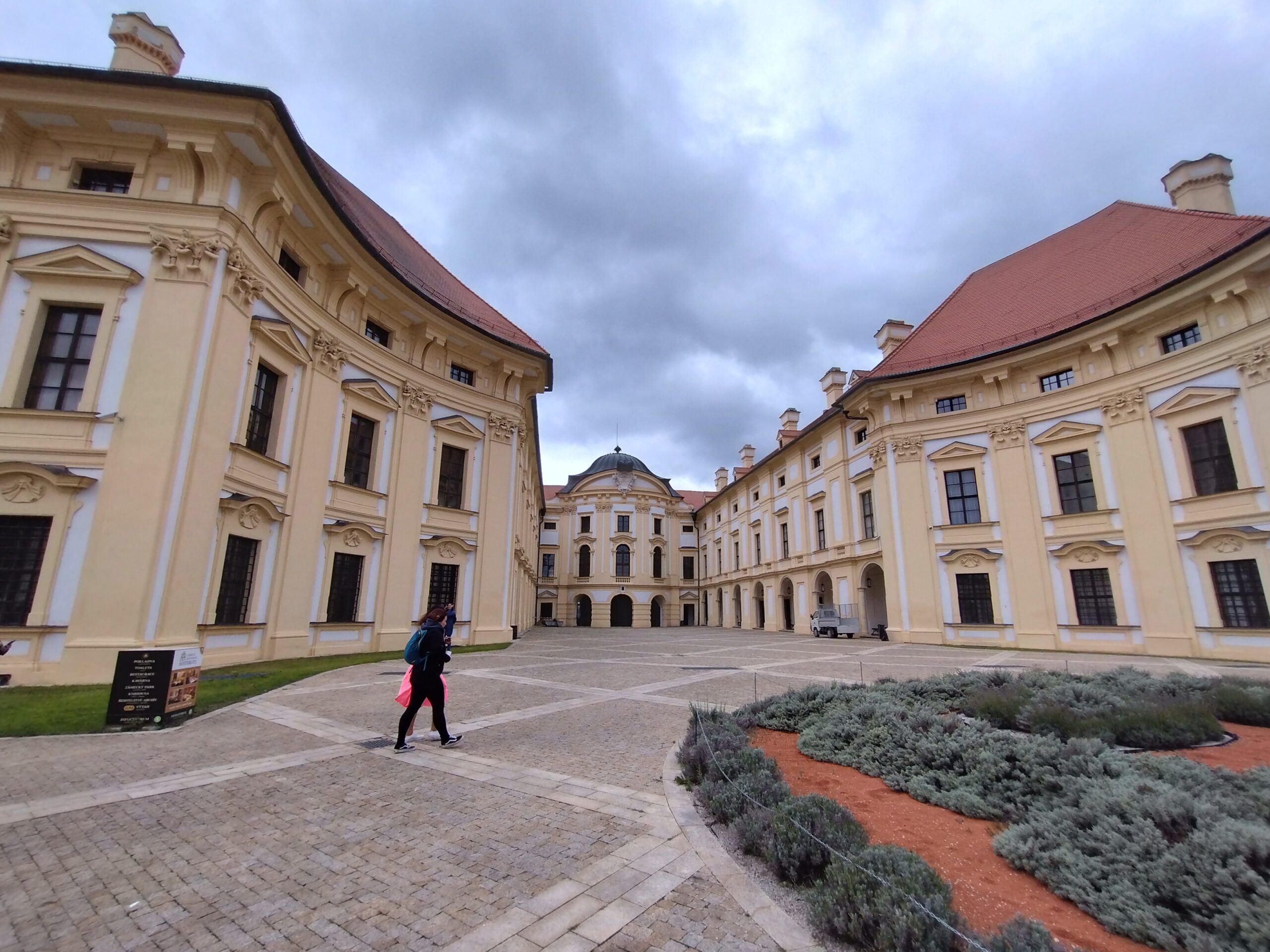 What a day! A bit more adventure than I had bargained for… and more climbing: over 1000m again.

Woke up with muscle ache in the legs, which is not really surprising after the last few days. Trying to relax those quads did unfortunately not work in the hotel‘s snazzy bath: it was too short even when I sat in it… The Japanese do dit-baths better. Oh, and my shoes were finally dry, makes for a much more pleasant experience. Was determined to have a fairly short day‘s cycling.

Anyway, cycled out of Brno on the Eurovelo 4. I am aware it is not a particularly short route East, but I also read up on other possibilites, and they sound so much worse for car and lorry traffic, and especially the lorries here can be quite frightening. I had not realised Austerlitz lay on my route, that is the battlefield of the battle of the three emperors as well as the castle (which now seems to have a totally different name).

The beginning of the bike route was quite good, mainly on rural roads. At some point I was taken up on grassy slopes again, and some other not cycle-friendly surfaces, especially when wet, as it still was today. Although I would call my bike fairly much all terrain, many of these paths were really only for walkers…. so at one point I fell over in a mud-puddle. I could not control my heavily laden bike that well, apparently. Nothing hurt but my pride, and I now have some very dirty clothes to wash.

I had done a little bit of shopping for my first break of the day, wanting to go to a restaurant for lunch, after all it had turned quite cool overnight. Well, because I was on all these back-country tracks I never saw an (open) restaurant and just had something from my supplies. Also no opportunity to fill up on water/drinks.

Started looking for accommodation fairly early on, as I noticed there seemed to be wine festivities ion many places. Had not found anything by Kiyov, but then that is quite a big place with several hotels and B&Bs… I went to every single one of them, no luck.

Kept on looking with the help of Google (maps), veering off the Eurovelo 4. In the meantime it was starting to get dark – I know it is getting later in the year, but for some reason I had not thought about going further East on top of that. I really tried every place between Kiyov and the Slovakian border, many were closed, did not exist, or only took Ukrainian refugees, or simply had no space for me. So I had to resort to my fall-back option: camping wild somewhere. So I left the town, looked for a fairly quiet spot and started putting the tent up in the near-dark – just as well I have so much practice by now. It started to pour just as I was finished, so I dived into the tent not to come out again till morning, which also meant I had nothing to eat or drink… The picture below is form the next morning.