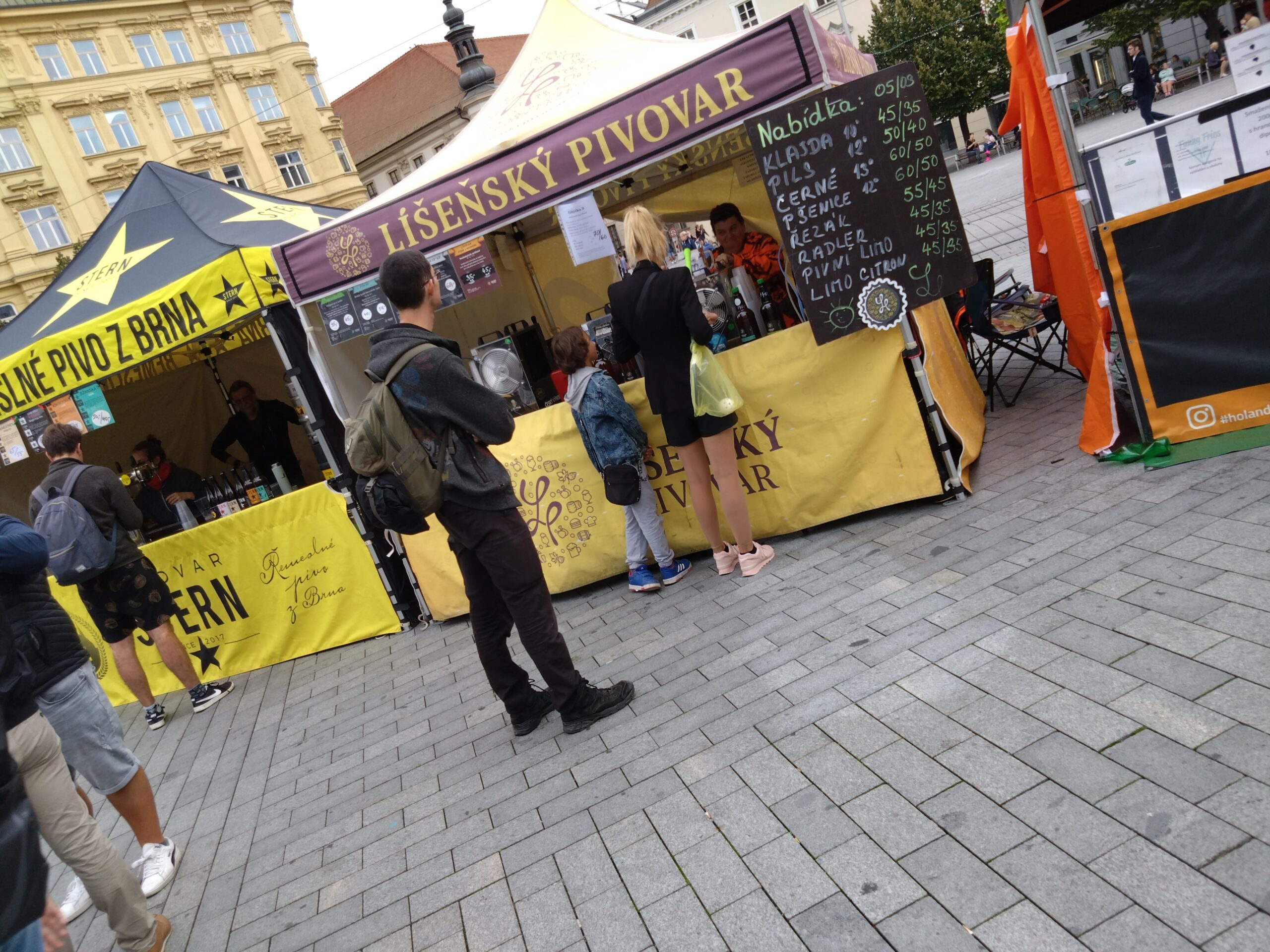 No rain today, quite a relief. Also downhill quite a bit of the time, so I suppose I could have cycled further, but I wanted to spend some time in Brno. But I still climbed over 700m, soon adds up.

But I suppose today was the day of roadworks. I had to change my route a few times due to not being able to get through on the planned route. Ah well, just cost a bit more time. Some of the tracks I would not have found without my Garmin anyway, look at that:

As soon as I got closer to Brno there were more cyclists, and the bike paths improved. in Brno itself it is a different story again, the cycling lanes exist, but are not respected by motorised road users. Same old.

Brno, the second city in the Czech Republic, is quite interesting. It seems to be buzzing, there are lots of shops, and different from other places I have been through, there are no empty properties in the centre. I was lucky again, there was some kind of wine market in the centre, that also sold beer and some food – guess where I soaked up the atmosphere.

There are a couple of museums (for example a villa designed by Mies van der Rohe) I would have liked to go to, but could not get any online tickets – shame.

I would like to leave you with some impressions of the sunset off the top of the hotel (the most expensive so far on this trip) I am staying in: