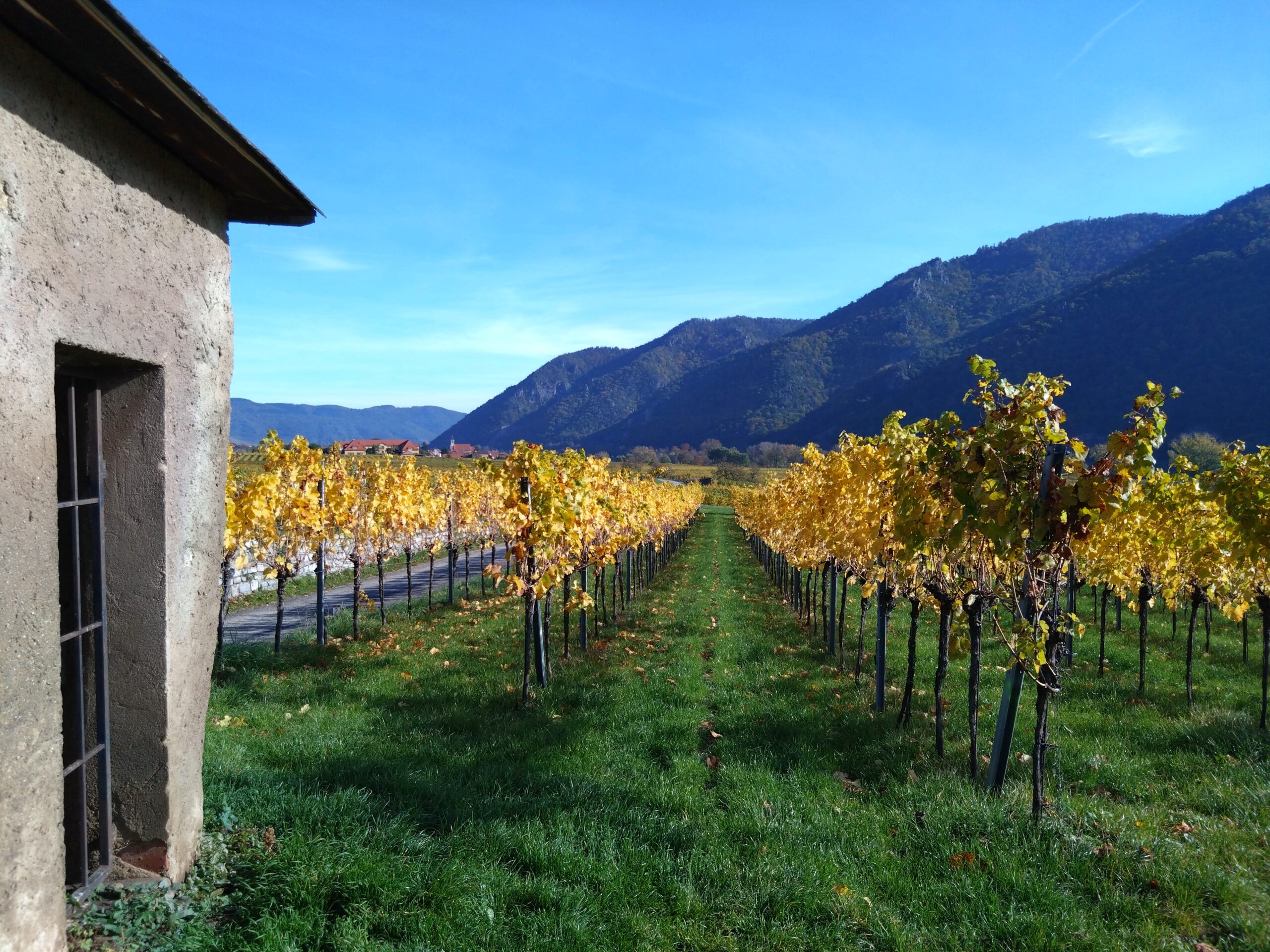 Today I seemed to do everything right:

I did not get up too early, so during the first km the autumnal fog was burnt off by the sun, very atmospheric!

I cycled on the left side of the Danube, which meant I went through vineyards again (I now know that the leaves of Grüner Veltliner go yellow and not red in autumn) as well as some really pretty little towns – and I was on the sunny side. By the way, this is a UNESCO World Heritage area, too, I seem to be collecting them.

I decided to go for the more expensive looking hotel, which turned out to be not so expensive, but really good.

I had my first taste of the local Sturm, which is a red Federweißer (as I knew it form the Rhine region), so this harvest‘s not quite ready wine – quite nice sipping that while sitting in the sun and looking up at an amazing baroque monastery.

So I ended my day in Melk, which is dominated by this most amazing baroque monastery with its overwhelming church. All the buildings in the complex are pretty impressive and very large, and the church is quite imposing from the outside, but nothing prepared me for the inside! Visitors were not allowed to take any pictures, but believe me, I have seen some baroque churches in my life (there are quite a lot of them in Bavaria), but I was taken aback! After having seen this I can understand that people leave the church, a bit like I understood the French Revolution better after having seen Versailles….

Learnt today, that Richard the Lionheart was held in Duernstein, one of the pretty places I went through. Found a fresco of the caged English lion in Melk.