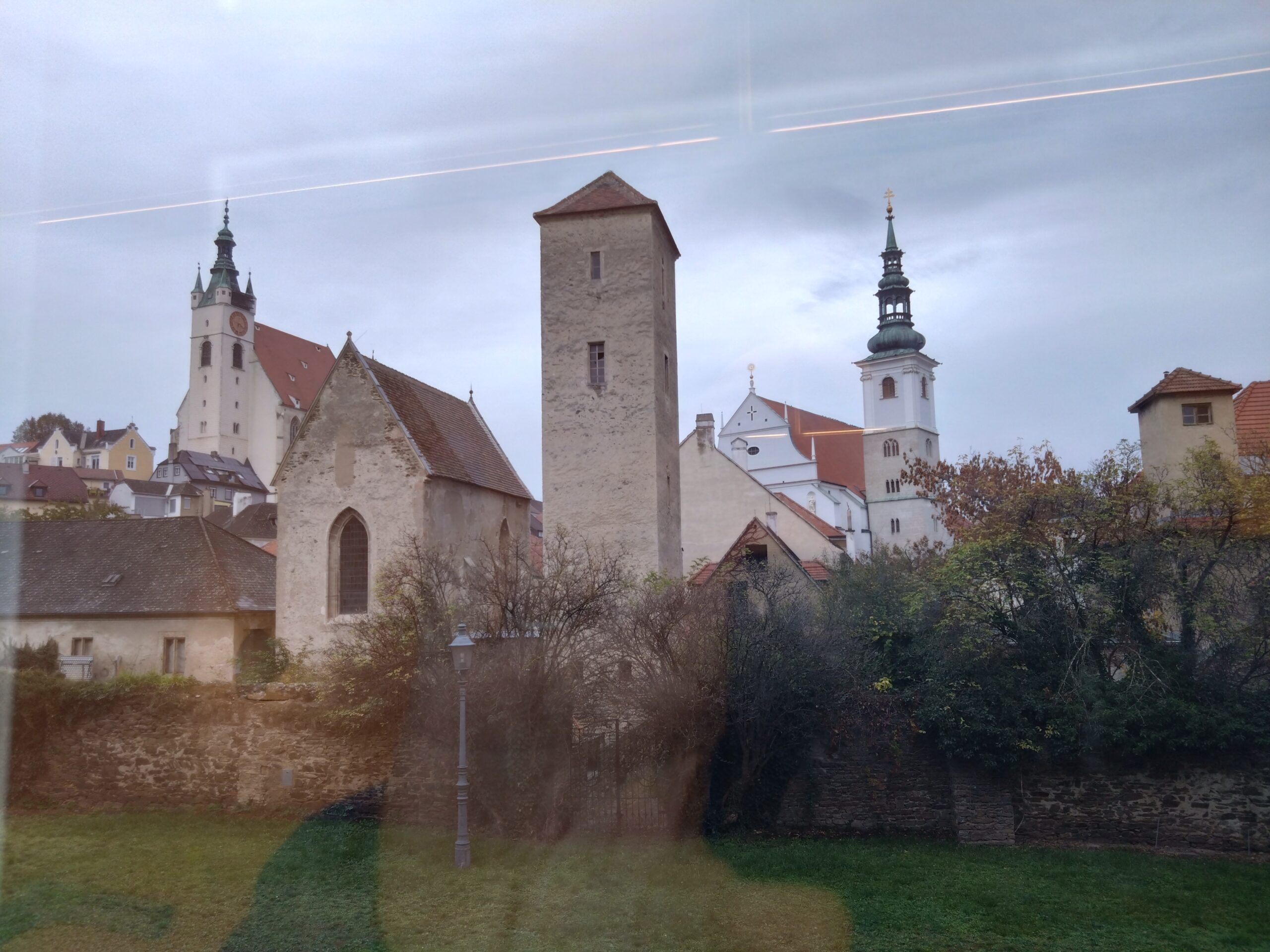 Started quite early to avoid the rain, at least I managed to remain dry for about one hour. The rain today was not soooo bad, it was flat along the Danube, and it was not torrential. I suppose it did mean, though, that I did not get particularly good views, but as there were not so many people around for a Saturday I did see some nice wildlife, especially birds.

My goal for the day was Krems, quite a nice, mainly baroque, town. The museum in an old convent was also worth exploring, for example I had not realised that Krems is famous for mustard as well as the obvious wine. Also an apparently famous baroque painter, Kremser Schmidt, is form here. Although Krems is on the Danube it is built on a steep slope, and a lot of the streets are cobbled, some obviously still originally.

Bought my lunch and dinner at a really nice Saturday market, the grapes and roll were delicious.