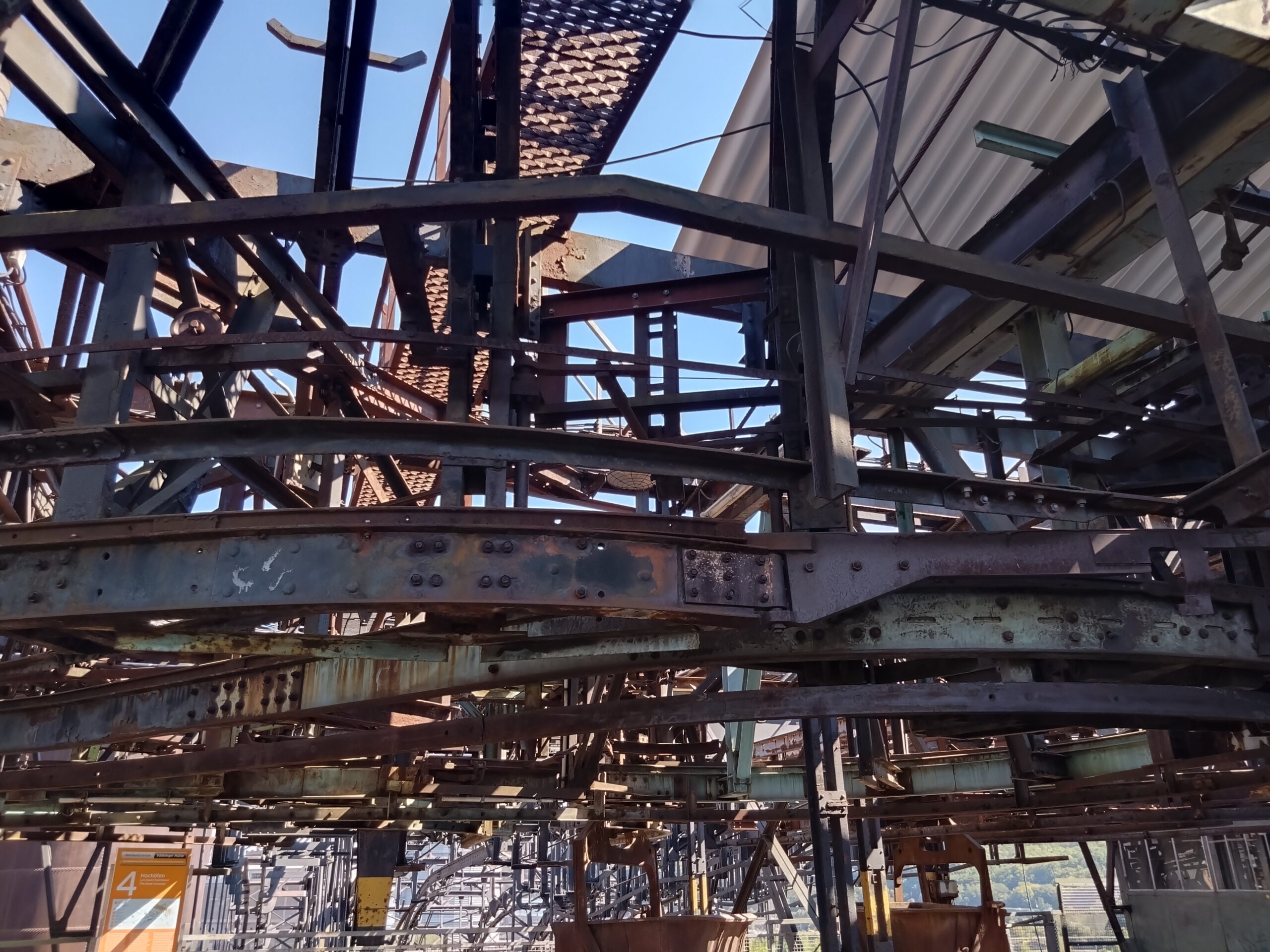 Got started at 7:45 and was really glad for it later, another hot day. The route from Landstuhl to Saarbrücken was mainly along a main road, but he bike path was quite good, and on some stretches it was not too busy. Saw a lot of little brown lizards scampering into the dry grass after having been disturbed by me during their sunbathing.

Had a quick stop at Homburg, which is significant for the history of German democracy – must admit, I had not realised it was here – and used to be Bavarian!

Got to Saarbrücken after about 50 km just in time for lunch. I had not realised, just how close it is to the French border!

From then on the Saar valley was quite narrow, so the solution is, to put the bike lane unser the mottorway – welcome shade, and the noise went over my head.

I could not go past Völklingen without stopping for the world heritage ironworks – really impressive! Very checkered history as well. Seeing that, I could understand, why the Saarland has the reputation of being industrialsed (and dirty). Unfortunately the organisation of the museum bit was disastrous, no explanation at the beginning, that could have ‚saved‘ me half an hour or so… I even took a selfie that I think is not too bad. By the way, I climbed the ‚Hochofen‘ to where the flags are on the overview picture – does that count as additional height meters in the cycling?

By the time I had finished it was already quite late in the afternoon, so I stopped at a municipal camping site in Saarlouis. As a town, I much prefer red Saarlouis to Saarbrücken, maybe because it is smaller? Campsite is full of Dutch cyclists, including two young lads who are using on of their parents custom-made bikes form the 90s – I recognised so much.

In the end I cycled up nearly 550m, although it was mostly along a river… After having cycled two weeks, and brought a bit of distance between me and home, I no longer feel quite so much the imposter when I say I am on the road for three months.