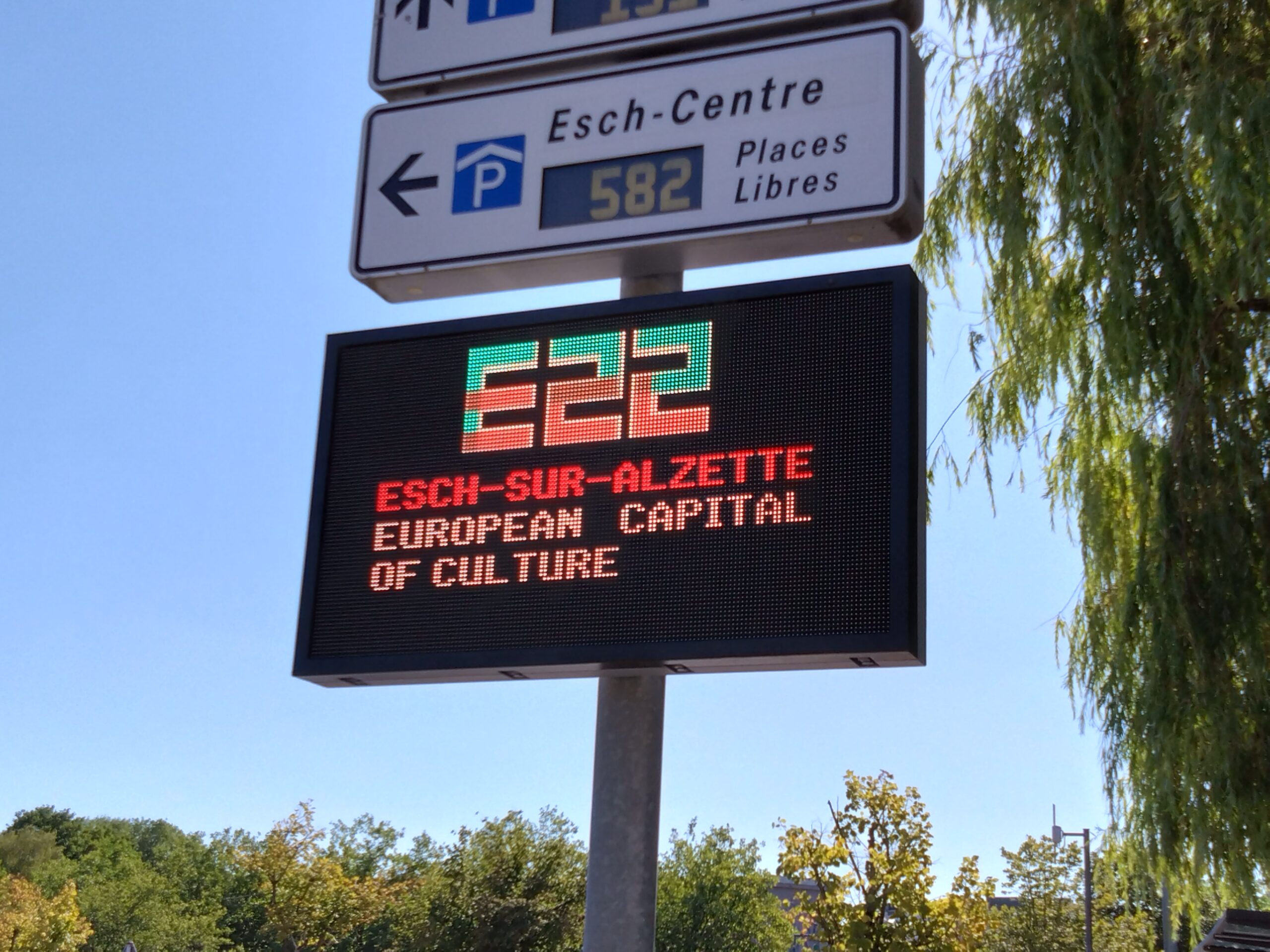 I was gone form the camp-site before I saw any of my neighbours get up – as usual, trying to beat the heat. The first bit along the Saar was quite nice, and I actually managed my first climb of the day in reasonable conditions. Managed it much better than I had expected, but I suppose I have had two weeks of training.

Today was my day of three countries and many border crossings, but the first one I only noticed once I saw different village signs – there was often no visible border. I feel very European today.

I had lunch in Schengen, I thought that was very appropriate. That means I had crossed from the Saar to the Moselle. After that it became much hotter, and the climbs felt a lot more difficult. At one point I was obviously complaining as I was going past a house. A woman in the garden heard me and offered refreshments – so nice! As I had just passed the most difficult bit and was ‚in the flow‘, I rejected.

The last 10 km or so to Esch I found really hard, but I suppose that is no wonder, as my total for climbing was about 1000 m. I was glad to arrive. My first stop was the cultural/tourist information, which is when I realised I had lost my bike lock along the way, probably due to one or other of the really bad road surfaces or bumps coming on and off bike paths. Luckily a local bike shop was still open, as it was Saturday evening before a long weekend (Monday, 15 August, is a bank holiday here). Phew.

As there is so much music going on in the centre of Esch I decided to take a central hotel, and I was rewarded. The hemp shop below my room was having an afternoon/early evening rave, the Portuguese restaurant opposite had a really good (cover) singer after – great to have a shower and relax to. I decided to eat in that restaurant: really good food on top of everything!