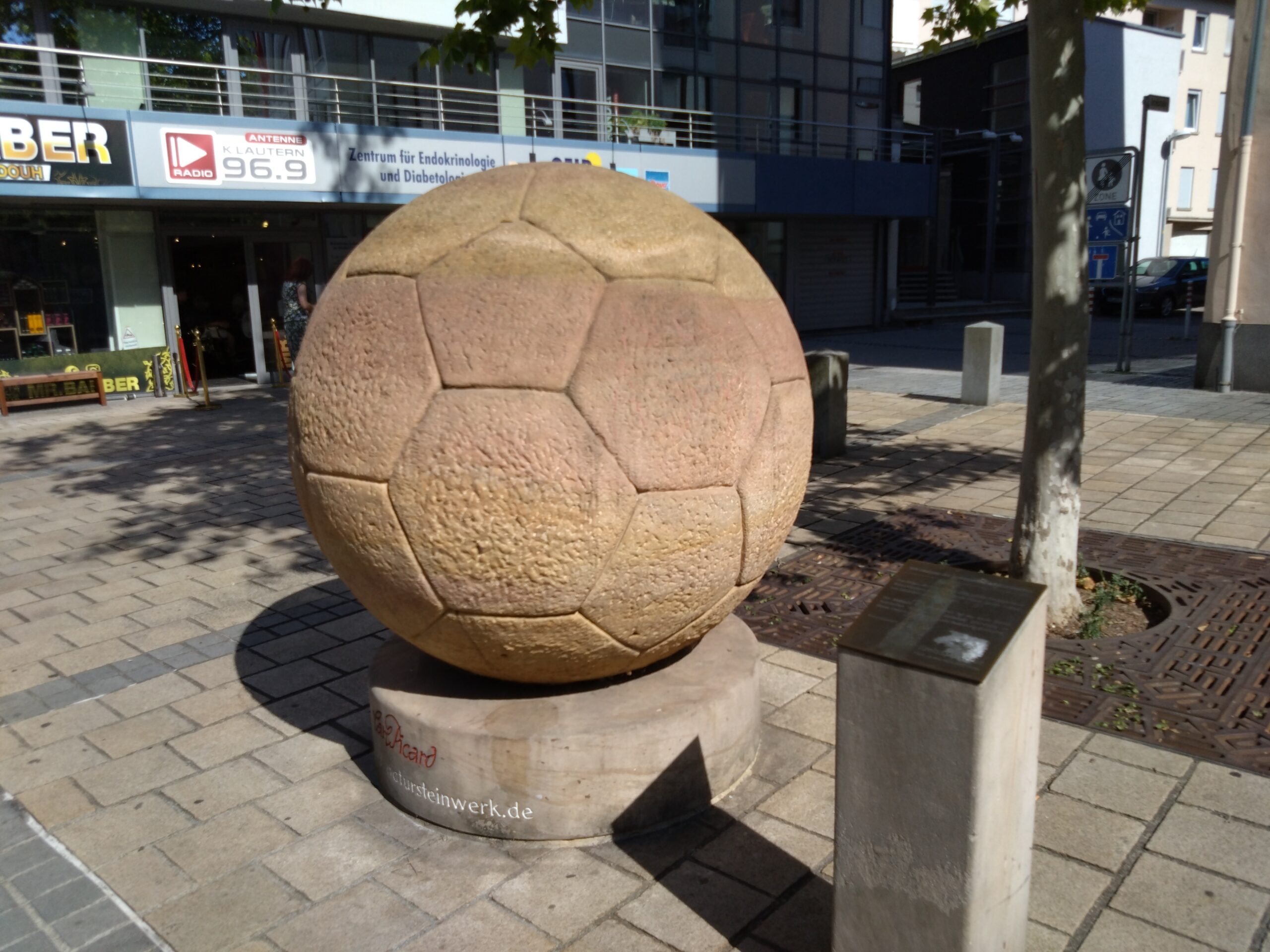 I stayed at a youth hostel last night for the first time in years. Since I had a single room, I actually found it a very pleasant experience – especially since the Mannheim hostel is on the banks of the Rhine.

Alex and I had noticed it the day before already: some of the worst bike paths we have come across are in Ludwigshafen. They are in general an afterthought (very confusing around the Rhine bridge and large roads), and many so narrow and riddled with tree roots coming through, that we were totally shaken. BASF is very prominent in Ludwigshafen, I cycled along it for quite a few km.

As I cycled through the Pfalz, I remembered I was told yesterday, that it used to be Bavarian until 1945, seems like a quirk in history.

I heard the beautiful music of a carillion as I arrived in Frankenthal, a much more pleasant little town than I had expected. After that I was mostly cycling through vineyards.

Somehow cycling was a noisy business today, something was always crunching under my tires. Looking more closely, it turned out that it was mainly acorns, that had prematurely fallen off the oaks, I am assuming due to drought-stress on the trees.

I passed through Karlsruhe, which did not strike me as particularly nice, too much car traffic. The old ruins of the Pfalz are in bad state, too, shame. The whole area seems to refer to Barbarossa a lot, bakeries, bike routes, the lot.

I am staying very close to Ramstein tonight, I am truly amazed about the American feel to the little towns around here. The car drivers do not know how to behave around cyclists, either…