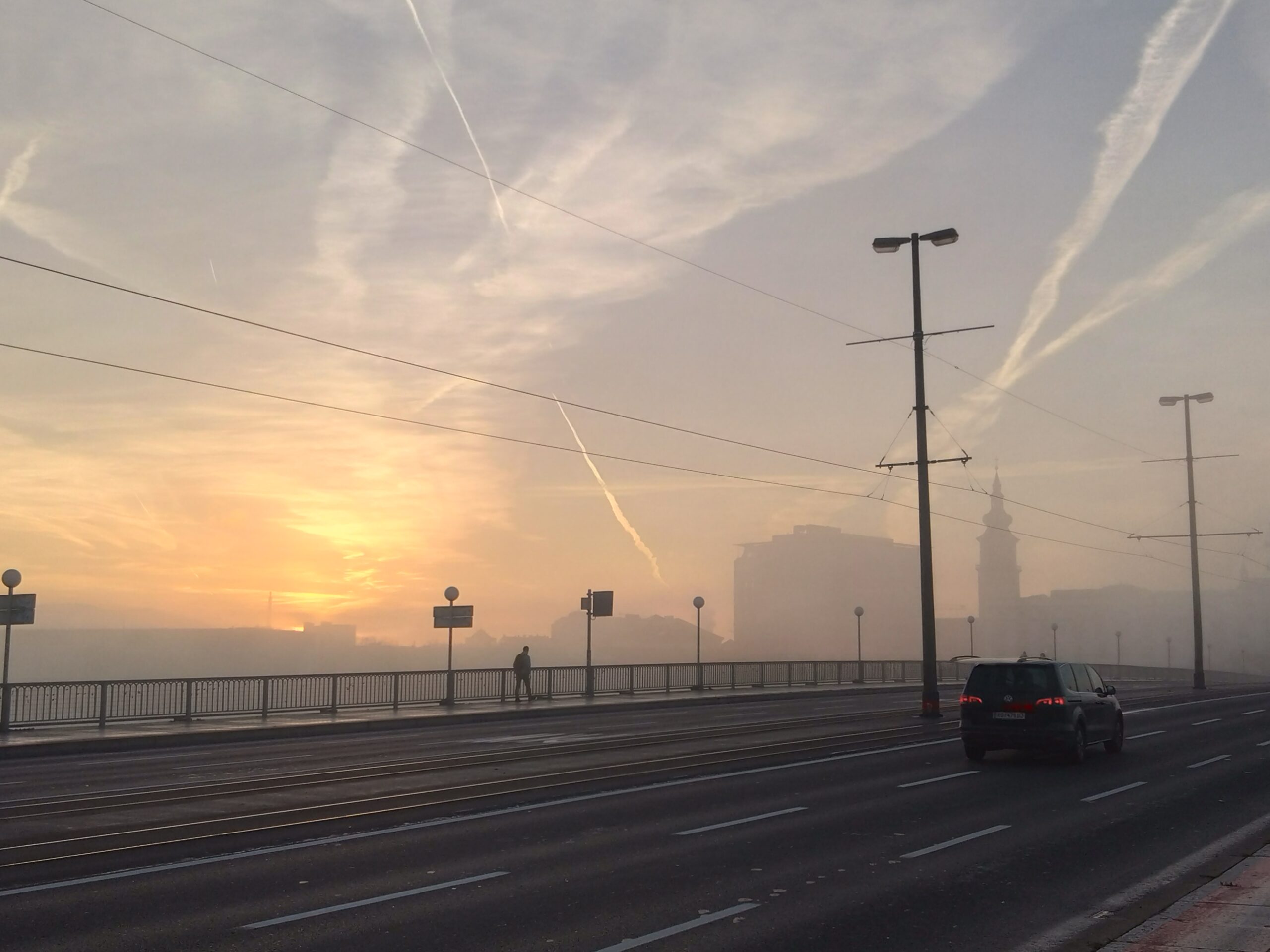 I spent the morning looking around Linz, taking in the castle, especially. With the fog it was very atmospheric.

There was still fog when I started cycling, but it was slowly lifting. According to my information booklet on the Danube cycle path no ferries should be operational anymore, so I carefully chose the route to avoid any.

Imagine my surprise, when the ferry was operational for the first crossing, where the bridge was little further. But I like ferries, so I took it.

I cycled along an absolutely beautiful part of the Danube, and the weather turned out majestical. I was really looking forward to the famous Schlögener Schlinge, when a walker stopped me to tell me that the bike path there was closed for tree felling and I had to go up the steep slopes to get anywhere….

Since at this point I could not do anything but continue I was soon after standing at the road closed sign, fairly helplessly looking around. And another ferry was still operational! So I took that across hoping for the next ferry to also still be working and followed the path on.

Well, it was not, so I had to cycle the last 5km back and head up. It was also noticeable, that all the restaurants, hotels and B&Bs were closed for the season, so the next one I saw I tried. I was lucky (somebody else unlucky), they had a Covid-cancellation. So I am in a children‘s hotel tonight, dinner was very noisy until they all went to bed….

So I will not see the Schlögener Schlinge.