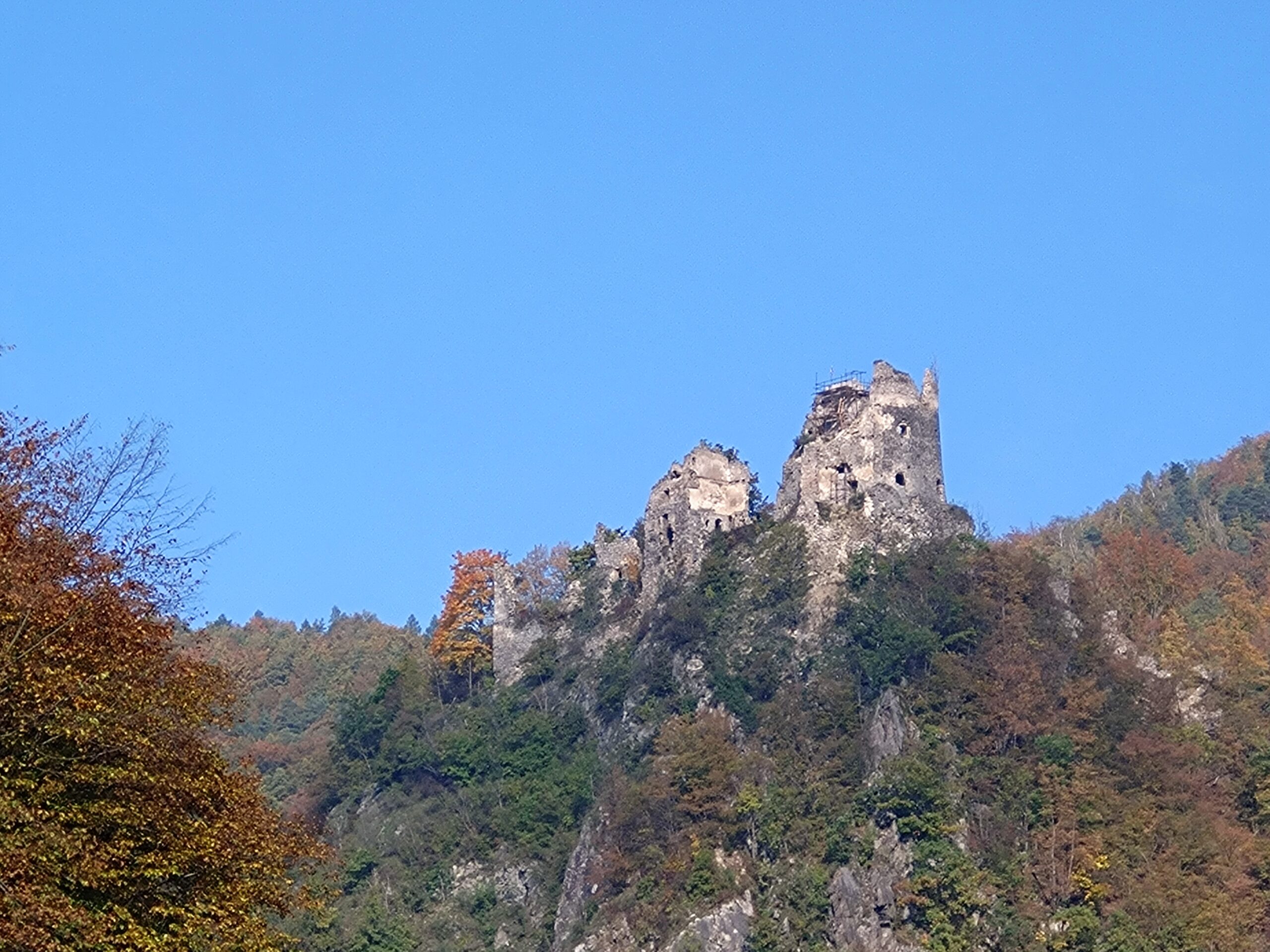 The start of my day was not so pleasant, but it just got better after that. It was foggy, so I delayed my start a little and wore the safety-vest I had ‚delivered‘ to Krakow by one of my colleagues. That with the white helmet made sure I was visible, but that does not really help if there is just no space for cyclists…

So there was kind of a bottle-neck in the valley, so no space for more than one road, that carries a lot of (heavy) traffic. There was not even a hard shoulder for me to use anymore. I used every opportunity to let the traffic behind me pass, lay-byes, etc. In one of these a couple of bin-men with their little lorry saw me and motioned to me that it was far to dangerous to cycle here (agreed), and although we did not have a common language, we put my bike and panniers on the back with the collected rubbish, and I joined them in the cabin. It was only about 2km, but I was so grateful! This all went really quite fast, I did not manage to get pictures of my stuff with the rubbish….

After that the valley opened up and I was on smaller roads, sometimes even on bike lanes, much more pleasant. The weather was quite good again as well, I was in shorts and managed to dry some of me washing on the bike.

I had my first break in Zilina which I had not expected to be so pretty.

And then I had the best lunch on a long time sitting on a very nice terrace in the sun – yes, this time of year I am seeking out the sun and not trying to hide from it. Some impressions of still following the river valley.

I was starting to get slightly worried, when the first two B&Bs did not have room for me, but I was third time lucky. As I am fairly high up I managed to capture this hot-air balloon at sunset.