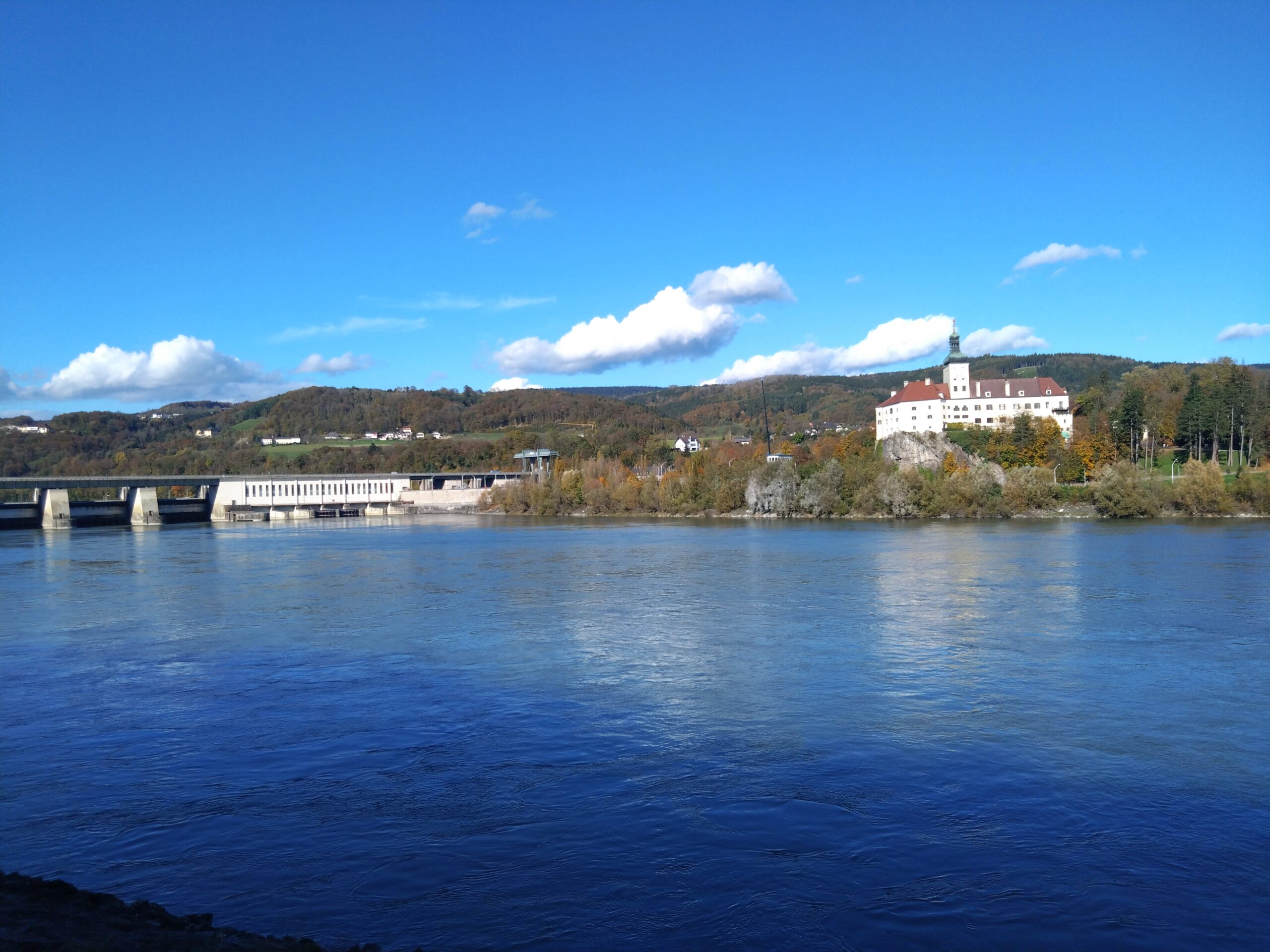 The weather was really nice again today, even cycled in shorts for a bit.

Had my first stop in Pöchlarn, at exactly 10:00 when the Oskar Kokoschka museum opened. Another famous painter from the Danube. I had not realised how long he lived, I have to admit.

The next museum was in Ybbs, after all I could not miss out on the bicycle museum. It was founded about 20 years ago, and one could tell, there were no exhibits from the last 20 years. I particularly liked the display on Dürkopp, after all I saw the factory in Bielefeld.

Had quite a nice chat with my table neighbours at lunch, who suggested to take the bike path South of the Danube. That was good advice, I could see and hear the traffic across the river, but it was in the shade most of the time.

Both museums were open their last day, and in Grein the first two B&Bs I tried had closed for the season. I think it is time I go home… But I had quite an entertaining evening, they had interesting beers, the Stammtisch was on form watching football (Salzburg lost to Chelsea in the Champions league, days after the Red Bull founder died), and there was a Dutch guy (recognisable by ordering small beers) oblivious to me understanding every word while he was on the phone.