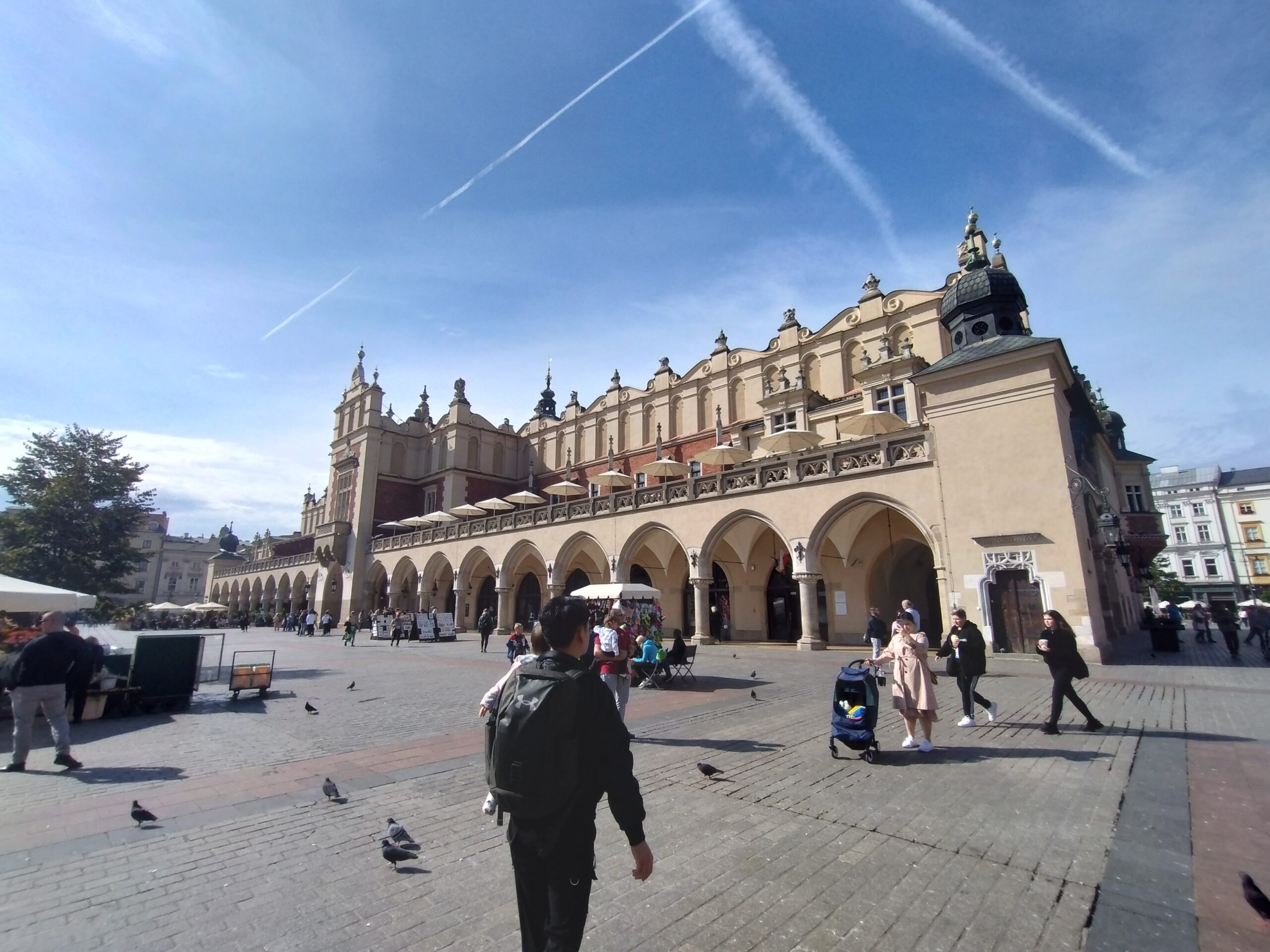 Not far to go today, as I decided to spend a couple of days looking around Krakow before the delegation arrives and meetings begin.

It was very foggy this morning, so I delayed my leaving a bit. I did not want to be cycling along a national road (7) with all those lorries maybe not seeing me clearly and/or early enough. The bit along the big road was luckily short, as I took a bit of a long way, more muddy tracks. As usual, cycling in(to) a city is not fun, although nearer the centre bike lanes appeared.

Obviously arrived at the hotel early and spent a bit of time looking around Krakow already. Last (and first) time I was here was with Paula and Alek in the mid-nineties, I recognised a lot, but it is a lot more touristy of course.

Managed to buy myself a bicycle helmet, which I needed for Slovakia, where it is a legal requirement.

The Tartan Army (Scottish football fans mainly in kilts) were rife in Krakow, as Ukraine was playing Scotland in the Nations League. I was briefly wondering whether to go to the match, but decided I would watch it from the comfort of the hotel room – but it was not shown on any of the channels I could receive – shame.