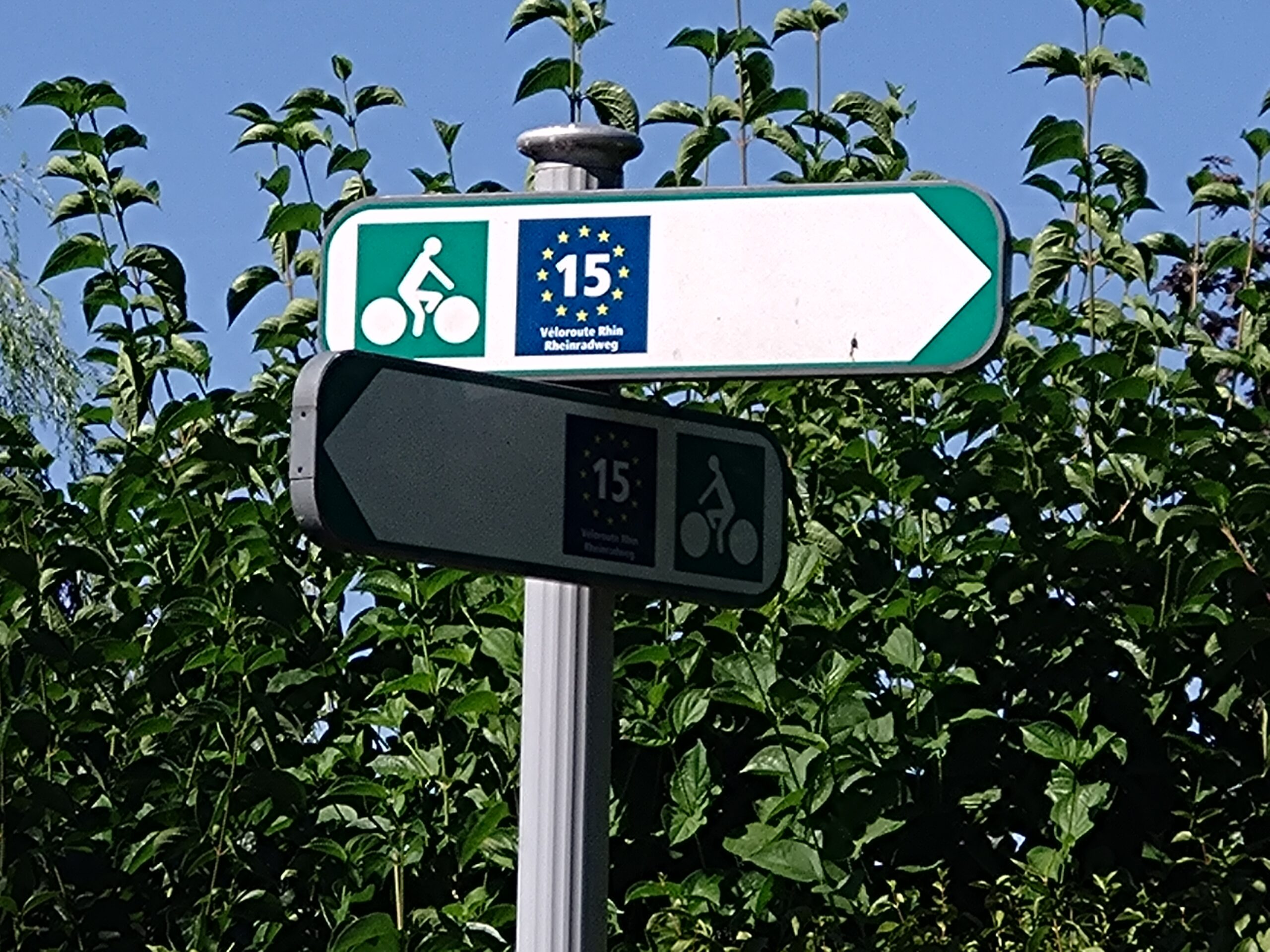 After more amazing croissants for breakfast at the wonderful Maison Arheidt, Elke, Alex and I set off to the North, through Strasbourg. Alex mentioned how fortunate we were to have our wonderful guide, Elke, cycle with us the first bit. Phil had taken a taxi and early train to Frankfurt. We had to say our goodbyes with Elke at the beautiful grounds of the Chateau de Pourtalès. Thanks for your hospitality, eternal bubbliness and general being you, Elke!

The first bit after Strasbourg took us through a nature reserve, very nice and shady through the leafy trees. After a while the route diverged out onto the fields and along fairly busy roads, this is probably where and when Alex got his sunburn….

The bike infrastructure here in the Alsace has vastly improved over the last few years, but sometimes somebody who is not an active cyclist obviously planned and/or implemented the measures. It is nice to have many bike paths and signposting, but sometimes the paths are just licks of paint, that do not give enough space on the road or the pavement. Here a few examples:

Towards the border to Germany (the Pfalz) the route got nicer again, we saw storks, went through some woods, cycled on a dam, all towards a bid industrial zone in and around Lauterburg, where we had intended to spend the night – only the only hotel was closed due to holiday, and the guest house did not look inviting. So we crossed over to Germany and found somewhere in Neuburg am Rhein, not a bad little place, but again a lot of the hotels are closed due to holiday or their regular rest day on a Monday.

Alex did really well today, despite the heat. He had packed so minimalistically, he had space to carry the food Elke and Ralf had given us and we bought at a French farm shop, where incidentally the woman talked to me in three languages: French, German and Alsatian.