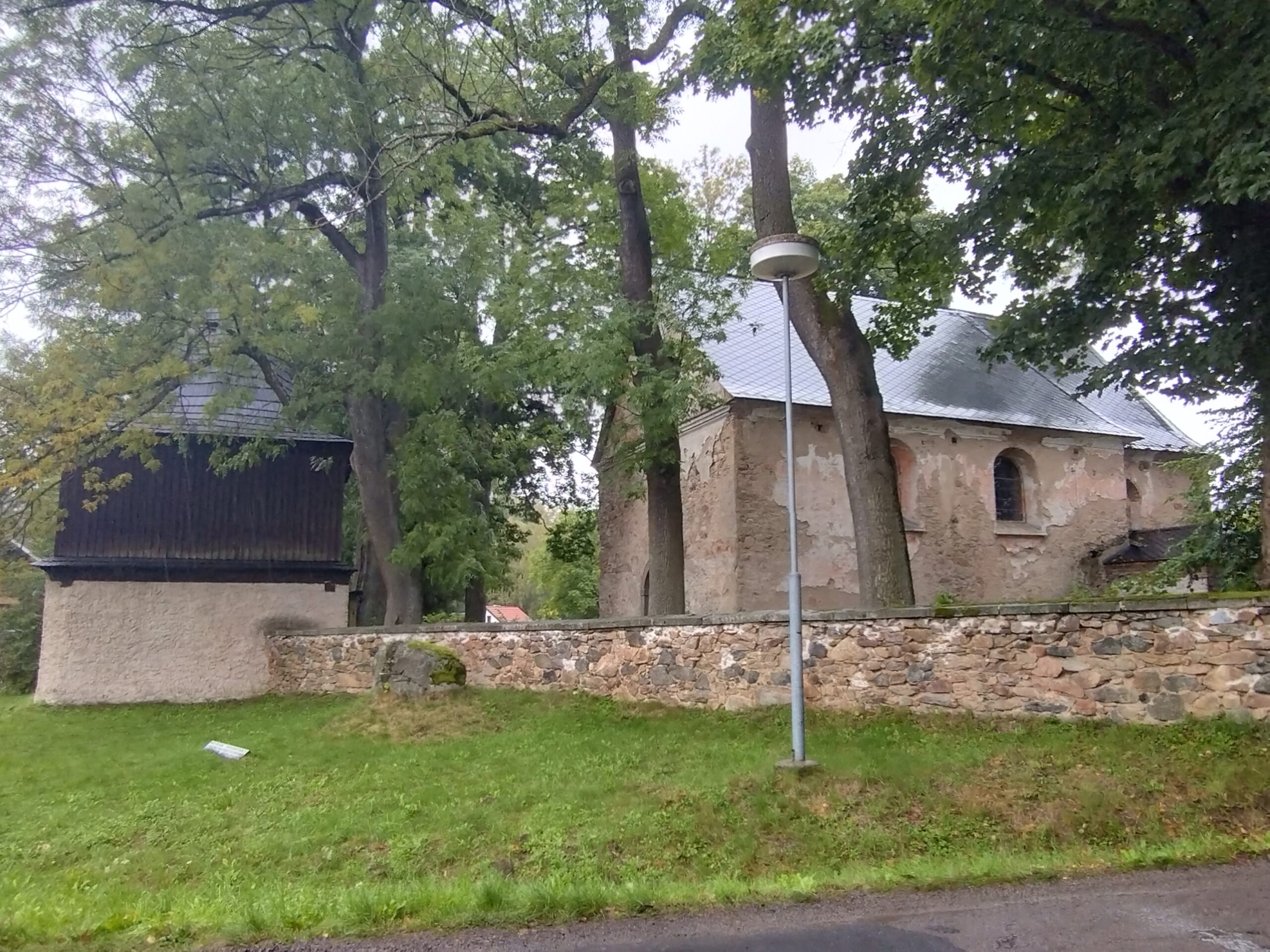 Touchscreen devices are not very useful in the pouring rain, as tested for you today. It started raining just as I was setting off, so I had to climb a total of over 1000m today while sweating inside my waterproofs and getting soaked from the outside – not the nicest day of this bike tour.

And all of this while I was going through what is probably really nice countryside, the Eisengebirge (Zelezne hory), as the name already implies, is a mountain range with lots of farming and little villages, that do not seem to have mich apart from a well built bus stop. I was very grateful for those bus stops on several occasions, because I needed breaks out of the rain on some occasion.

Really needed my lunch break, which I had in Trhova Kamenice. A very local ‚restaurant‘, so I had spaghetti and coke – the only things I could decipher on the menu. Turns out that the waitress had lived in Hertfordshire for two years and spoke really good English! Ah well. Back out in the rain after two cups of herbal tea to warm me up a bit.

A few general things I have noticed during my travels in the Czech Republic:

Hlinsko seems to be a ski resort. I had seen a Spa hotel on one of the slopes that I would have liked to stay in, so I cycled up (steep!), turns out they were full up with some kind of workshop. So back down into the town to a B&B, just to go back up that hill next day…

Had a bit of a look around Hlinsko, there are some nicely renovated houses typical of this area in the centre, otherwise it is dominated by a very busy road with lots of lorries.