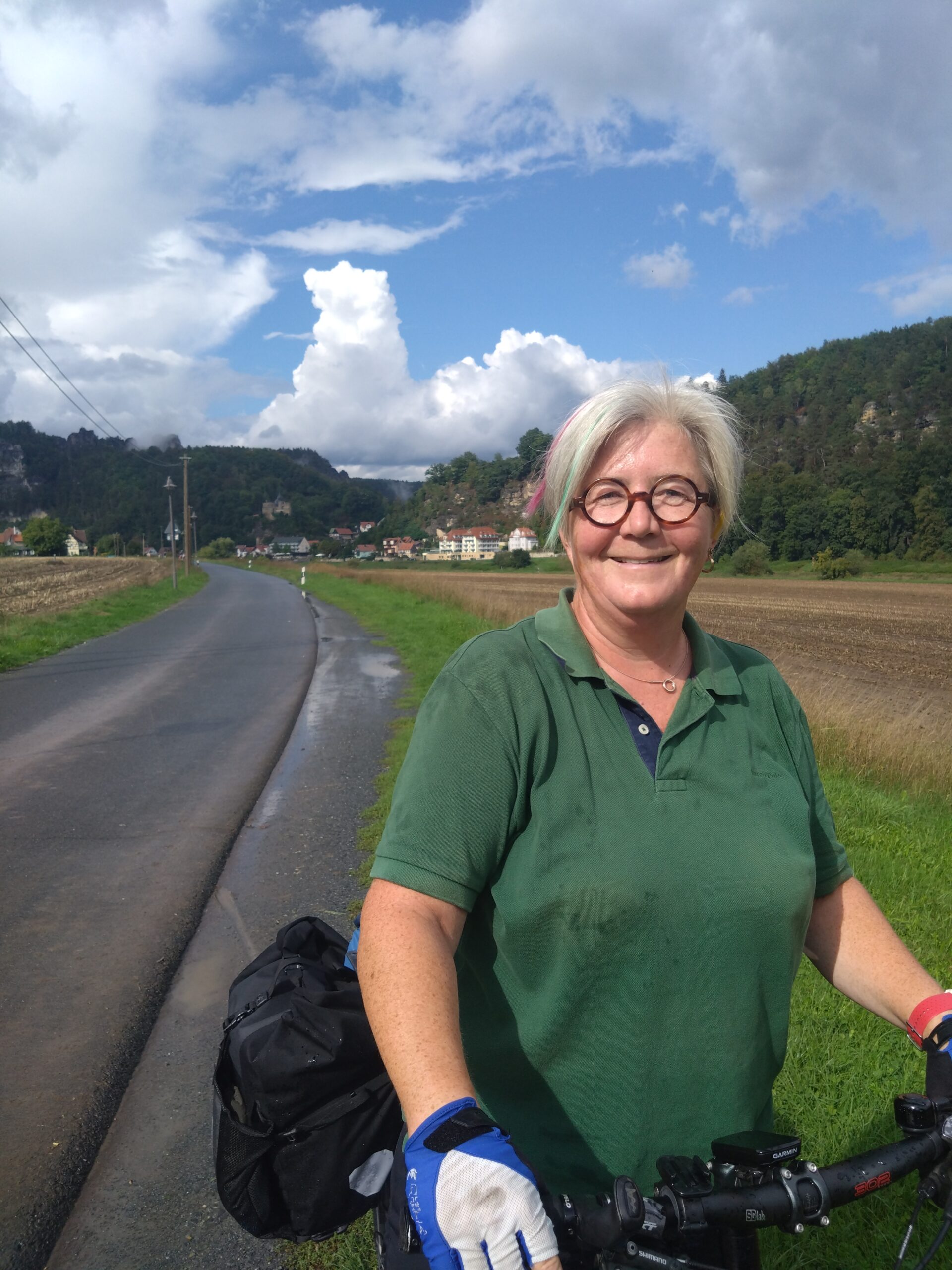 This day marks the start of my real adventures: After 6 weeks and more than 2500km of cycling I have reached a country I have never cycled in before, nor do I know the language (at all!) – the Czech Republic.

Left Dresden sunny and warm and stopped off at Pillwitz castle to have a good look around. This is a former games retreat (Alex would have liked that idea) turned into a summer residence. Now the grounds, buildings and especially the museums therein are quite interesting.

Kept following the Elbe to Pirna, where I had lunch. There it was very noticeable that the flooding of 2002 and 2013 went right up into the town. The results of the various flooding events on the various rivers I have followed, especially the new flood defences, have been quite a feature of this trip, especially along the Saale, the Mulde and now the Elbe.

From here on the Elbe valley became much narrower, and I could see the Sächsische Schweiz and the Elbesandsteingebirge quite clearly, good thing I was sticking to the river. In hindsight a very good way to get into the Czech Republic, especially as I could even see some of the burned areas from the valley. The afternoon turned out to be really quite wet as well.

I had several ferry crossings that day, the last one just before I was going to cross the border at Schmilka on the right side of the Elbe, the border on the left side was another few km on. Then there was ‚nothing‘ for quite a while until I reached Decin. Here I tried the two main hotels on the market square – no rooms. In the end I found somewhere in a B&B.

Now I have to admit, the thing that is annoying me most about the travelling (and maybe the only thing so far?), is that I have to wash clothes basically every night that it is possible (not everywhere has appropriate sinks). The logistics, thinking about it, sink, drying, drying the still wet things on the bike, etc. are quite tiring, especially as I have to do this when I am worn out just after arrival… Tonight I did it to loud music from outside, which I decided to follow up on: I found a kind of little live festival in one of the squares, with bands and circus. Obviously I had to try a beer and stuck around a while, great finish to another interesting day.