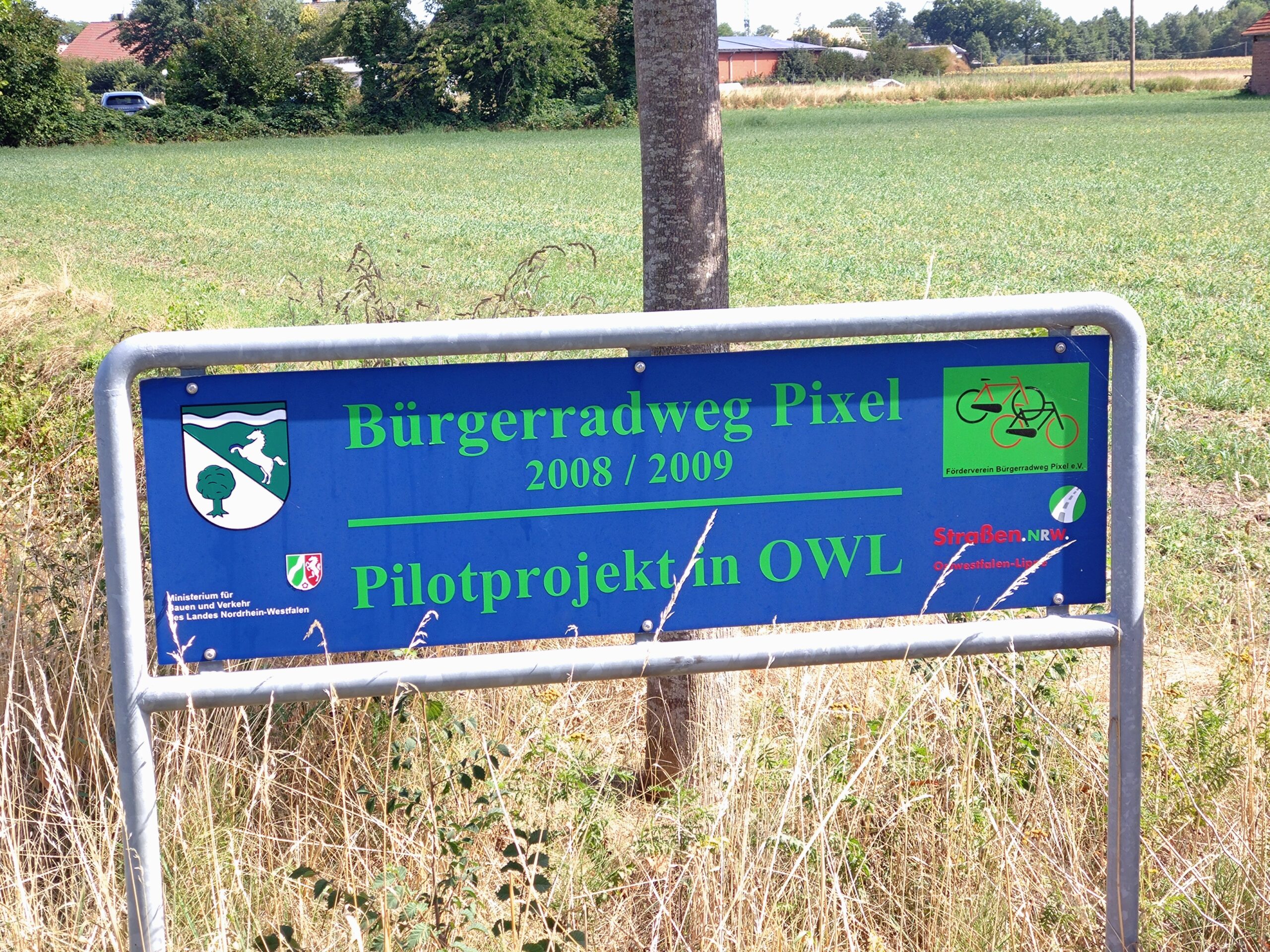 Said goodbye to all the family and left earlier than expected, at 10:00. The route leaving Hamm was still very familiar, after a while even the names of places became less and less well known.

For my first break I had bought plums at a farm, my second break was in the gardens of a baroque castle, both very nice.

I had only really meant to go to Gütersloh or nearby, but the going was good, I was feeling fine (Maybe thanks to the first day without cycling in over a month yesterday…), so I carried on to Bielefeld. There I am in the youth hostel, which is very empty tonight. Managed to do my washing in a machine, the luxury.

It is not that I come to Bielefeld often, but every time I see different aspects of it. The youth hostel is near the Dürkopp-Werke, which is where my grandfather‘s bike must have been made. He was always very proud of it.

Had a brief wander into the centre, which was nicer than I had remembered/expected.